Nature is both beautiful and mysterious. Man can’t help but wonder how nature managed to fill the planet and grow on its own and flourish without man’s help. They have provided shelter to a diverse list of wildlife that most of us haven’t seen face-to-face in our lifetime. And I guess, it is actually better that way. Many animals on the planet deserve to live on their own in their natural habitats rather than be transported to most zoos and circus for man’s entertainment and suffer a long, miserable, and lonely life in a steel cage. 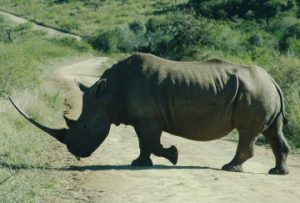 With man’s intervention, we have managed to wipe out many animal species all by ourselves. From the threats of poaching, hunting, increasing urbanization, environmental degradation and climate change, how can these poor animals fend for themselves when the natural habitats they call home are no longer livable and that the planet has been increasingly becoming more difficult to live in?

The saiga antelope makes a strange pin-up for the conservation world. With its odd bulbous nose and spindly legs, it is an unlovely looking creature – particularly when compared with wildlife favourites such as the polar bear or panda.

But the survival of Saiga tatarica tatarica is important, for it gives hope to biologists and activists who are trying to protect Earth’s other endangered species from the impact of rising populations, climate change and increasing pollution. Once widespread on the steppe lands of the former Soviet Union, the saiga has suffered two major population crashes in recent years and survived both – thanks to the endeavours of conservationists. It is a story that will be highlighted at a specially arranged wildlife meeting, the Conservation Optimism Summit.

According to the summit’s organisers, there still are reasons to be cheerful when it comes to conservation, although they also acknowledge that the world’s wildlife remains in a desperate state thanks to swelling numbers of humans, climate change and spreading agriculture, which is destroying natural habitats. A recent report by WWF and the Zoological Society of London indicated that these factors have caused global populations of fish, birds, mammals, amphibians and reptiles to decline by 58% since 1970, and that average annual decreases have now reached 2%, with no sign yet that this rate will slow down.

The world’s global biodiversity is fast depleting and many animals that were still here several years ago but have gone extinct can only be seen by future generations in books and scientific documentaries. It is disheartening that we are the main culprits why these animals were wiped off the face of this planet when we were supposed to be looking out for them and protecting them in the wild. The sad thing is that the threat is still here and will likely persist and along with it will likely take the lives of many other animals nearing extinction without a fight.

Climate change is rapidly becoming a crisis that defies hyperbole.

For all the sound and fury of climate change denialists, self-deluding politicians and a very bewildered global public, the science behind climate change is rock solid while the impacts – observed on every ecosystem on the planet – are occurring faster in many parts of the world than even the most gloomy scientists predicted.

Given all this, it’s logical to assume life on Earth – the millions of species that cohabitate our little ball of rock in space – would be impacted. But it still feelsunnerving to discover that this is no longer about just polar bears; it’s not only coral reefs and sea turtles or pikas and penguins; it about practically everything – including us.

Climate change came too early because of us. The technologies that we all use contributed to the increase of greenhouse gasses and carbon footprint that made the planet hotter and messed up nature’s natural weather systems.

There are some places in the world that are just so important, so vital to the survival of wildlife and so important to surrounding people and their livelihoods, that even if we doubt we will ever visit them in person, we just know we must cherish them.

The Leuser Ecosystem (pronounced low-sir) is a vast, enchanting tropical landscape on the island of Sumatra. Spanning over 6.5 million acres of lowland jungle, montane rainforests and teeming, carbon-rich peat swamps, Leuser’s forests are among the most ancient on earth. This is a realm where volcanic eruptions, fluctuating sea levels, and species migrations over uninterrupted millennia have enabled one of the most biodiverse landscapes ever documented to evolve.

From its pristine tropical beaches to its rugged high mountaintops, the Leuser Ecosystem pulses with life. It is the last place on Earth where SE Asia’s most iconic species, orangutans, tigers, rhinos and elephants still live side by side in the wild. To step into Leuser’s steamy rainforests is to experience a serenade of biodiversity, a cacophony of buzzing insects, singing birds, croaking frogs and loud-calling primates.

The Leuser contains some of the world’s highest known levels of plant and animal abundance, with at least 105 mammal species, 382 bird species, and 95 reptile and amphibian species, among countless others still unrecorded by scientists. The rainfall Leuser’s forests produce, and the numerous clear rivers that emanate within them, provide millions of local people with clean drinking water and irrigation for agriculture, including water-intensive rice cultivation, as well as many other needs essential to local economies.

As the more superior species on this planet (in term of skills and intellect), we have a responsibility to protect the planet and everyone else living in it to ensure our species go on and on through the years. However, we seem to be too good at destruction that we have managed to invent technologies that speed up climate change and global warming at a rate never seen before in centuries. As a result, wildlife species suffer and go extinct, never to be seen again.

While climate change is already a deadly threat to everyone on earth, we can still do something about it and prevent further damage by changing our ways. Support the use of sustainable energy and reduce our energy consumption. Minimize our technology use that contributes to the deterioration of the planet. Also, we must put a stop to the poaching industry and safeguard the safety and well-being of animals in the wild. They are the helpless victims of all these catastrophes but are the first to suffer once Mother Nature strikes back. If we truly care for this world and everyone in it, it is time to redeem ourselves and find means to slow down the progression of climate change for everyone’s sake.

The blog post Is There Still Hope For Most Endangered Species? was initially published on https://www.thechurchreport.com/ 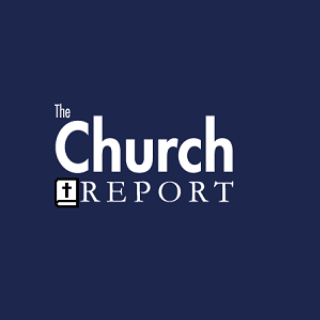